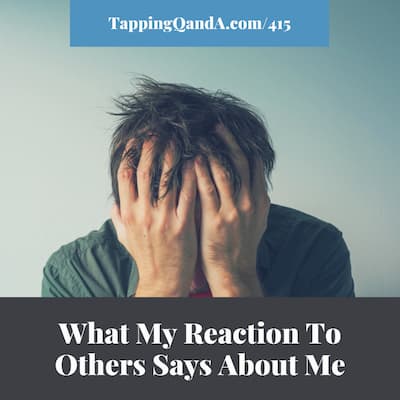 I live in New York City, a pedestrian city where most people don’t drive. Even when you take mass transit you still need to walk a lot just to get around. The subway stop I use most is 3/4 of a mile walk from my apartment.

As a result, people here tend to be healthier than the national average because of the daily walking they’re required to do, so I see far fewer obese people in NYC than I do in other parts of the United States.

Back in 2014 when this was originally recorded, I was in a rural part of the US. As we were entering a restaurant there was a group of people walking out. Two members of the group leaving the restaurant were obese; they were so big it was hard for them to walk.

And this is the really embarrassing part…when I saw them my first thought and emotion was one of disgust. It washed over my whole body so intensely that I felt sick to my stomach for a second.

The second emotion was of total shame for being disgusted. I was, and am, so disappointed in myself.

When something like this happens, our emotional response is about us. It is about how we see ourselves, the world, and what we think is safe. My feelings of disgust had little to do with the people I saw and everything to do with how I see myself.

In this recording you will hear me tap in real time for the feelings of disgust I experienced, the shame that soon followed, and all the issues that came up as I found my way to the root causes of those feelings.

Click here to Read what others have to say or add your own thoughts and comments. I would really love to hear what you think!