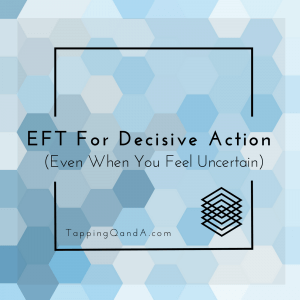 Recently I was listening to the actor and comedian Dan Van Kirk being interviewed on Kevin Pollak’s Chat Show podcast. Dan told the story of his career path, moving from rural Illinois to LA, then to Chicago, and finally back to LA where he ultimately found success.

Dan described the choices he made early in his career and why he made them:

I have this thing, if it’s not true north, get the arrow going that direction as much as you can. Conan O’Brien was on Charlie Rose…and he said “Identify the thing you want to do with your life and go to the place they make that, whether it is crayons or kool aid. It doesn’t matter. When you get there, do whatever you can to be around that, whether that is making coffee or taking out the trash.” Because he just believed in the proximity to molecules. And if you’re a good person and you work and you can get the arrow in the direction of north as much as possible, it’s gonna work out. There is nothing that is going to say you’re going to get to be on stage at the Golden Globes, but you probably won’t hate your life either.”

I love the idea that if there isn’t an obvious path to your goal, find the path to the place that is closest to your goal and follow it.

The problem is that taking action in the direction of something that isn’t our goal and isn’t certain can be scary.

This week I have a tap-along to help you to take action in the direction of your goal, even when you aren’t sure it is the right step.

You can find the full tapping script below the audio player.

I recognize the fact that I don’t know the obvious path forward…I’m not exactly sure what the next step is…I know what I want in a big picture way…It seems so far away that it feels impossible…It seems so distant that it is almost unreal…Because of that I’m not taking any action…Because on a subconscious level I understand since I don’t know where I’m heading next…The action I take might be a waste of time…It might be a waste of energy…Because it might be in the wrong direction…It is true this action might not be the next best step…It is true this next action might not work out…I believe that if I start heading in the right direction…Even if it’s not exactly the right direction…I’m going to be moving forward in a way that is going to make the next action more obvious…It will make the next step more productive…Success is the accumulation of many small steps…There is no such thing as an overnight success…The small consistent actions heading towards true north will eventually lead me the right way…They might not lead me to exactly what I’m heading towards…But they will lead me to a place that is better…They’re going to lead me to a richer life…They are going to lead me towards fulfillment…I give myself permission to take that next step…Action creates more action…Momentum creates momentum…Me doing nothing is the fastest way to not achieving my goals…I would rather take an uncertain step…Than stay stuck here…Uncertain steps become confident steps…Confident steps become a path…A path becomes a journey…And a journey leads to fulfillment…It’s OK that I am scared…It’s OK that I’m overwhelmed…It’s OK that I don’t know what is next…Making progress comes from taking action…I trust myself in this process to move in the right direction.