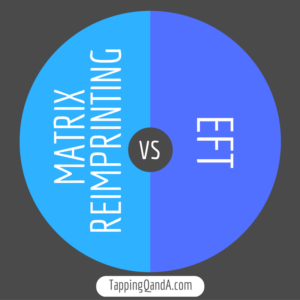 When Gary Craig first introduced EFT he very intentionally presented it in a way in that encouraged others build upon his work, much in the same way he had built upon Roger Callahan’s Thought Field Therapy (TFT).

To stress this point, Gary named his new process Emotional Freedom Techniques. Please note the “s” on the end of Techniques, for all the different ways could be done.

Matrix Reimprinting, which was developed by Founding EFT Master Karl Dawson, is one of the best known of the EFT iterations.

About Karl: Karl Dawson is one of only 29 EFT Founding Masters. Over the last 12 years he has taught thousands of EFT trainees from all over the globe how to transform their physical and emotional health by releasing stress and trauma from their energy systems.