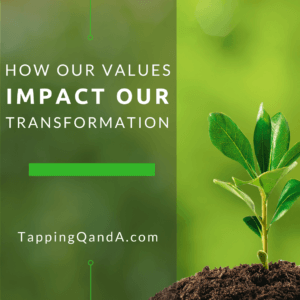 Before I commit to working with a new client we have a conversation to see if we will be a good fit for each other. First, I ask the potential client what they would like to change in their life. At this point they usually give me a clear description of what is wrong and I follow up by asking what they would like instead.

They are often unable to answer the question because they are so stuck in their problem that they can’t clearly see what they would like instead. Without a clear understanding of what we want it’s hard, if not impossible, to move forward.

One the key components of knowing what we want is having a clear idea of what we value. JB Glossinger found that once he was able clearly to name his top six values, changing his life and his lifestyle became much easier.

In this conversation JB and I talk about the importance of naming our values, how to do just that, and how we can take action after our values are clear.

About JB: JB is a self-described “archaeologist of life”, who has studied human potential, performance, and happiness for over 40 years. He is widely beloved as the MorningCoach, with a daily podcast that has been downloaded over 17 million times. JB is a sought-after motivational speaker and coach with an international following. The Sacred Six is his first book for Hay House.