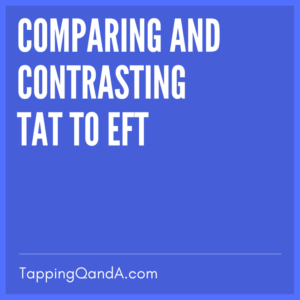 In 1993 Tapas Fleming developed an acupressure technique that was later named TAT (Tapas Acupressure Technique). In many ways it is a sister protocol to EFT.

In this conversation with Tapas we talk about how TAT was discovered, how to do it, and its similarities and differences to the tapping most of us are used to doing.

About: Tapas Fleming is a licensed acupuncturist in California. In 1993, she discovered and developed TAT® (Tapas Acupressure Technique®) to help people get over allergies. Surprisingly, the technique opened a gold mine of emotional, spiritual, mental and physical transformation.